Association of Christian Parent-Educators of Quebec

Briefing of the meeting with the DEM 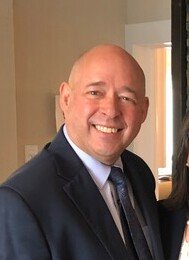 Dear members and friends of ACPEQ,

It is with pleasure that I inform you of the meeting which took place at the office of the DEM with regard to the following documents which it recently transmitted to several families;

The meeting was very cordial. The director, Ms. Kelly, was accompanied by three collaborators (Audrey, Isabelle and Manon). We have expressed our concerns about certain elements contained in these 2 documents.

We generously exchanged and shared information for almost 2 hours. We were then introduced to several “monitoring officers”. These are the people who work with families. They can provide support services if you wish. On the other hand, if you had a delicate situation with your follow-up manager, do not hesitate to contact us. We can guide you and accompany you to the DEM.

Our meeting undoubtedly made it possible to establish a stronger link between the DEM and our association, ACPEQ.

We first welcomed the work of DEM to educate parents. We particularly liked that there was only one contact person per family and that there were several means of transmitting the status report and the report. Also, we appreciate in the documents the use of the words “short report”, “brief portrait” and “brief document” which, in our opinion, testify to a desire of the DEM not to increase the burden on families.

We suggested that certain elements contained in the documents be modified in order to reflect their expectations, that they be less restrictive in order to give more latitude and thus allow more creativity to children and parents, which would undeniably look more like this. that is home education.

For example, in the document “ES”, when it comes to approximate duration or times, we understood that talking about overall time is perfectly acceptable and that it is not necessary to be precise.

Also, in the “PF” document, in places where there are obligations not provided for in the regulation, in particular with the words “is intended” and “must”, we clearly expressed our disagreement. It seems that modifications could be made to better reflect the expectations of the DEM and to express these ideas as suggestions, which in themselves are interesting to consider in a portfolio.

I submit to you the following comment from the WED aimed at clarifying the expectations about the “FP” namely that “the FP should allow the child’s progress to be assessed. We understand that this is eminently part of their role. I would like to add that the follow-up officer present at the discussions was laudatory with regard to the parents who have already transmitted their ES using the standard form proposed by HSLDA and ACPEQ. To this end, I would like to thank Jean Landry who worked there countless hours last summer.

We sincerely feel that the DEM has shown an openness to having a partnership approach with ACPEQ. From our perspective, we will continue to work to represent you in a positive and constructive way in the best interests of the children and of you, the parents. We will maintain an attitude of openness and collaboration.

I would like to thank the following people for having accompanied me and actively participating in this meeting: Julie Charette, Thamara Jeudi and Louise Frazer, as well as Sylvie Crasci and Megen Zelinka, lawyer at HSLDA, for their contribution to our preperation. I also want to thank all the parents who have passed on information and concerns to us about our whole new reality.

“The whole (the Association) is greater than the sum of each of its members,” “For where two or three are gathered in my name, I am in their midst. “Mat. 18-20, KJV

“I can do everything through Him who strengthens me. »Phil. 4:13, KJV

Thank you for your prayers. Be blessed and continue to inform us.

ACPEQ
I believe in it! I'm getting involved!

ACPEQ is composed of dedicated volunteers who generously invest their time and talents to advance and support the cause of homeschooling.

A large number of volunteer families within ACPEQ is essential to enable us to offer the services that support homeschooling, improve support for members, and create a welcoming atmosphere in our association. A wide volunteer base is what will permit us to influence the next generation of homeschooling families. Be involved - become an ACPEQ volunteer.

A word from the president As you may have read in the last newsletter, Patrice Boileau has asked me to

When you think about discipline, what’s the first thing that comes to mind?

Stern tone of voice or soft-spoken words? Harsh criticism or gentle encouragement to do better? Physical correction or open arms

A Word form the President Hello dear members and friends, It is with a twinge of sadness that I am 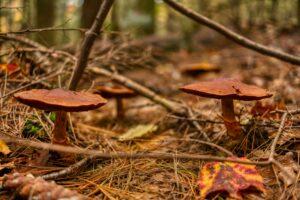 Dear families, I hope you had a lovely, relaxing and rejuvenating summer! As for me, I had a quiet summer