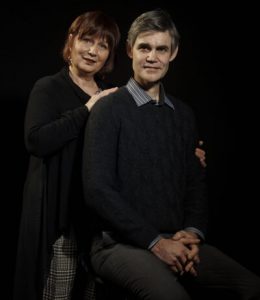 Laurence Tisdall is the founder (in 1990) and president: The Association Création et Science (ACS – www.creationnisme.com).

His interest in creationary research began in 1982 during his last year of high school while wanting to defend his Christian faith. His studies on the subject have since led him to be invited to speak at many international conferences. Known since 1984 for his conferences on biblical creation and the link between science and faith, Mr. Tisdall has participated in 20 university level debates and presented over 1000 invited talks in churches, universities and CEGEP, as well as in Christian and public schools at all age levels.

He is married to Lucie and they have 2 married children and 4 fantastic grand-children.  Most importantly, his enthusiasm and love for Jesus, his Saviour and Creator is stronger than ever.

In an increasingly secular society, it is becoming difficult to reconcile our faith with the current paradigm of the theory of evolution, which is presented to us as an unquestionable fact. In the face of this strong opposition, a growing number of believers are becoming content conciliating with an alternative called theistic evolution. But, does the believer really need an alternative to biblical creationism? In this workshop we will look at why the evolutionary theory presented by the evolutionist, or even by theistic evolution, is not supported by science. Then we will examine the reasons why theistic evolution is incompatible with the biblical account of creation by examining the example of the creation of man and woman.